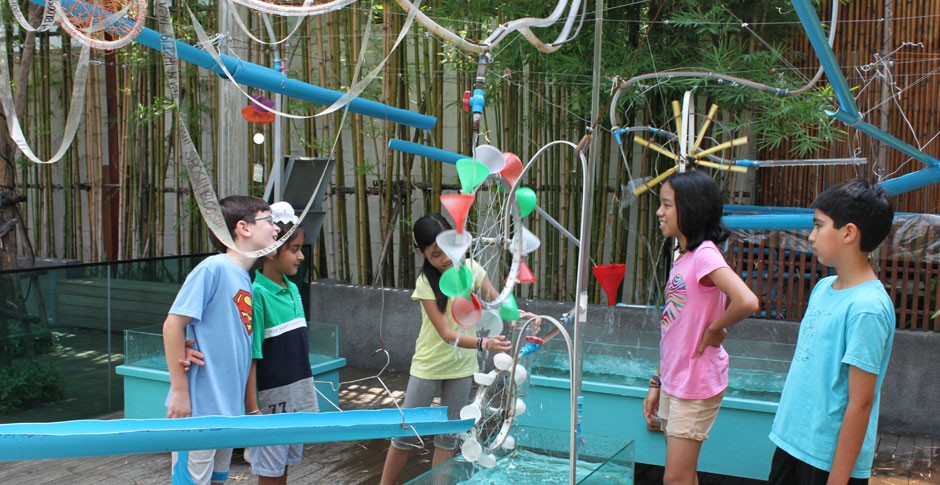 In ‘The Atelier of Water’ children exploring the concepts of mathematics and science, through water.

Water, water everywhere… Water…three atoms bonded together, continuously moving through their cycle. Can we capture some of it during its journey, play with it and learn from it?

We can taste it, we can smell it, most of our planet is covered with it and life can’t exist without it, yet we seldom think about it, except perhaps during the rainy season when it becomes a nuisance. There must be something going on that doesn’t meet the eye. We set out to take a closer look, but where to start?

We chose the garden, and when the wonderment on the faces of the children confirmed that we were in the right place, we made it our Atelier of Water. So much depends upon a puddle, that brief visit of our three atoms to the school that inspired the children to begin sketching and painting. Back inside, we looked at images of waterfalls, rivers and oceans, and concepts like transparency, pressure and energy became understandable, strength and power comprehensible.

The children then listened to water sounds and began to recognise patterns, make connections, and create a graphic ‘alphabet of sounds’ which when strung together created striking compositions. We were ready to venture beyond the atelier to the pool to capture the splash and crash of the waves that was caused by yet another phenomenon we couldn’t see. Through body movements, images, colours, and much animated discussion, everyone began to understand the fundamental concept of energy transformation and in turn all natural phenomena. The floodgates had burst, and the cascade of ideas, inspiration, illumination and collaboration became unstoppable.

Exploring the concepts of mathematics and science, through water. 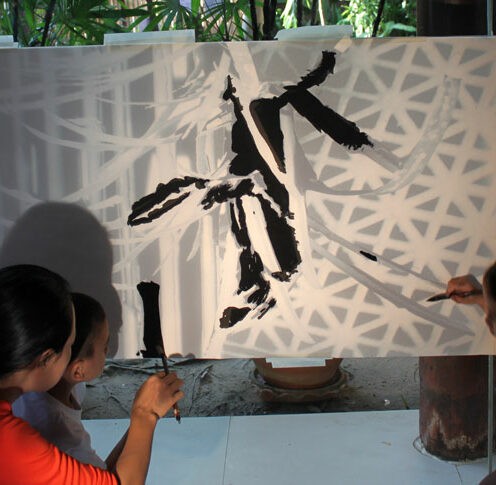 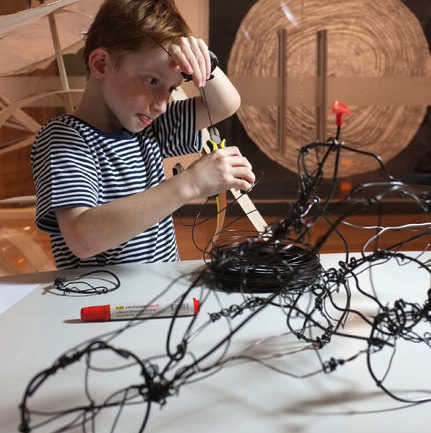 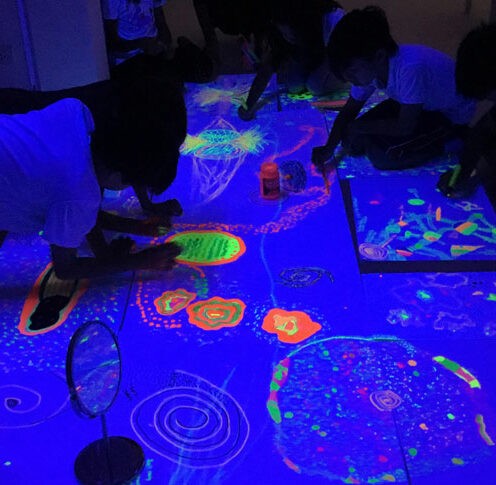